Two Canadian women who had been living in ISIS-held territory with their children have surrendered to U.S.-backed forces in Syria, according to the head of a non-profit organization that urged them to turn themselves in.

Alexandra Bain, director of Families Against Violent Extremism (FAVE), told CBC News that one of the women, a mother with two children, contacted her over the weekend from the city of Baghuz as Syrian Democratic Forces approached the area.

Baghuz, in eastern Syria near the Iraq border, is one of the last remaining pieces of land under the grip of the Islamic State in Iraq and Syria.

Global Affairs Canada said in an email statement to CBC News that it is “aware of Canadian citizens being detained in Syria,” but its ability to provide consular assistance is “extremely limited” given the security situation on the ground.

Bain, speaking on the phone from Fredericton, said the woman who contacted her said she was with a second Canadian woman who also has two children.

CBC News has been unable to independently verify the identities of the two women and their children.

FAVE, which works with families whose members have been exposed to or joined violent extremist groups overseas, says there may be as many as 27 Canadians being held in Kurdish-controlled areas of Syria.

Bain said that over the course of her exchanges with the Canadian woman — conducted with a messaging service over a spotty internet connection — she learned the woman had virtually no idea about the dangerous political situation around her.

Bain described the woman as “uncertain” and “afraid.”

Initially, the woman said she intended to walk to the nearest camp in Iraqi territory, said Bain, but she advised against it, saying many children had lost their lives on that cold walk and she would likely face punishment by death if apprehended by Iraqi forces.

Instead, Bain encouraged the woman to approach a Kurdish militia vehicle that would take her to Al Hol, a displacement camp in northeastern Syria — advice the Canadian woman heeded.

“She said she had been trying for the past seven months to escape ISIS with her children … I guess she saw it as her final chance,” Bain told CBC News by phone. 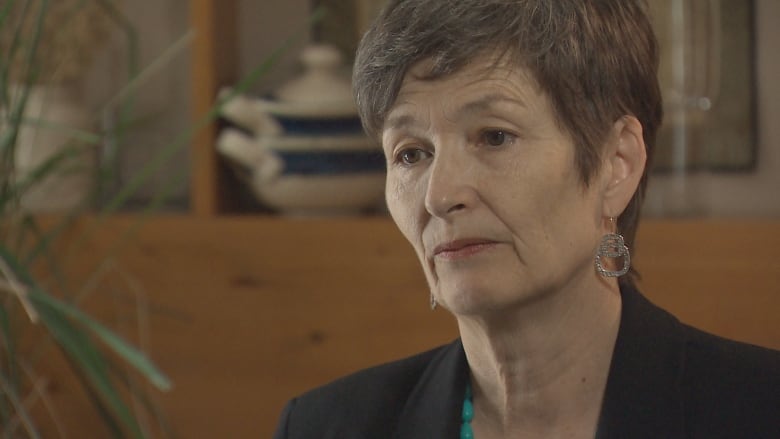 Alexandra Bain of FAVE told CBC News that one of the mothers, who has two children, contacted her over the weekend from Baghuz. Bain described her as ‘uncertain’ and ‘afraid.’ (CBC)

The FAVE director described the woman as sounding like she had been “in a bubble” and, “She would have only been getting news from ISIS over the past several years.”

The woman didn’t disclose her reasons for travelling to Syria, Bain said.

“She just knew she wanted to get out.”

Unknown where women travelled from

Bain declined to disclose where the women were from in Canada, saying their names and stories would likely come to light should they be criminally investigated. It’s unclear why or how long the two women were living in Syria.

The researcher said that of the Canadians in ISIS territory, the majority are children who had no choice in their parents’ decision to go to Syria.

Amarnath Amarasingam, a Toronto-based senior research fellow with the Institute for Strategic Dialogue, told CBC News he knows of at least four men, five women and 11 Canadian children who are still in Kurdish custody in Syria.

In many cases, those Canadians have left family members behind. Bain said every family she’s spoken with has found itself in that position and is “horrified.”

News of the two Canadian women’s surrender comes just days after the U.S. State Department issued a statement calling on its allies to repatriate its citizens detained in the conflict — something Canada’s Public Safety Minister Ralph Goodale told CBC News this week he would not risk Canadian lives to do.

Global Affairs Canada confirmed in a statement there is no agreement in place to repatriate the Canadians detained in Syria.

Responding to reporters’ questions on Wednesday, Goodale said the government is “considering the best way forward to make sure that Canada and Canada’s national security are properly protected. We’ve heard the request or the suggestion from the United States. But at this point, the fact of the matter remains that is a dangerous and dysfunctional part of the world, in which we have no diplomatic presence.”

Bain argues Canada should act quickly, citing a UN special rapporteur who has said the Canadian government has a legal obligation to repatriate its citizens.

She said leaving the Canadians in Syria also raises another problem.

“Bringing these kids home, and healing them and allowing them to lead productive lives encourages them in the future to stand up against violent extremism — to be a voice against joining things like ISIS, and that’s really what we’re hoping for.”