The families of the six men killed in the 2017 Quebec City mosque attack will learn today if the man who shot their loved ones will spend the rest of his life in prison.

Alexandre Bissonnette, 29, arrived at the courthouse just before 9:30 a.m. ET Friday, wearing a white dress shirt and blue jacket. He could receive the longest prison sentence in Canadian history if Superior Court Justice François Huot decides to make him ineligible for parole for 150 years.

Armed with a .223-calibre rifle and a 9-mm Glock pistol, Bissonnette was carrying 108 bullets when he entered the Quebec Islamic Cultural Centre on Jan. 29 two years ago, shooting into the crowded prayer room as Sunday prayers were ending.

The Quebec City courtroom where Huot will read out his 246-page decision holds 250 people, and is filled to capacity.

Saïd Akjour, who sat through most days of Bissonnette’s court proceedings, and was one of the men injured in the attack, said he sees the sentencing as an opportunity to turn the page at last on a painful chapter, even though he believes the outcome will only bring “relative justice.”

“Even if he goes to prison for the rest of his life, it won’t bring back the beloved people who fell,” said Akjour, who was struck in the shoulder by a bullet. 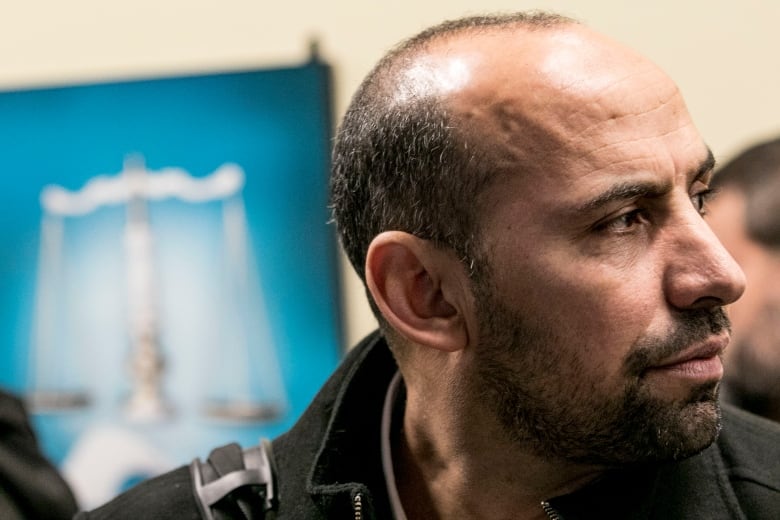 Saïd Akjour, who was struck by a bullet in the shoulder in the 2017 mosque attack, still struggles with physical pain and post-traumatic stress two years after the shooting. (Maxime Corneau/Radio-Canada)

“This milestone is very important for us, to be able to move past this tragedy and start thinking about the future,” said Aymen Derbali, who received a medal of bravery Monday for his actions on the night of the shooting.

The Criminal Code was amended by Stephen Harper’s Conservative government in 2011 to allow a judge to impose consecutive rather than concurrent periods of parole ineligibility for multiple murders.

In Bissonnette’s case, the six terms would add up to 150 years with no chance of parole — 25 for each count of first-degree murder.

Defence lawyer Charles-Olivier Gosselin said sending a criminal to die in prison is the equivalent of imposing the death penalty, and would constitute “cruel and unusual punishment.”

Bissonnette’s parents are also in the courtroom. Last year his father insisted his son is “not a monster.” In earlier hearings the defence has argued parole ineligibility for 150 years would be unconstitutional.

Gosselin also called on expert witnesses who testified Bissonnette showed potential for rehabilitation and should be granted the right to seek parole after 25 years.

Crown prosecutor Thomas Jacques depicted Bissonnette as manipulative, arguing the young man’s crime may be the most heinous act ever committed on Canadian soil.

“It’s a black eye, a scar on our Canadian values,” he said in a court hearing last June. 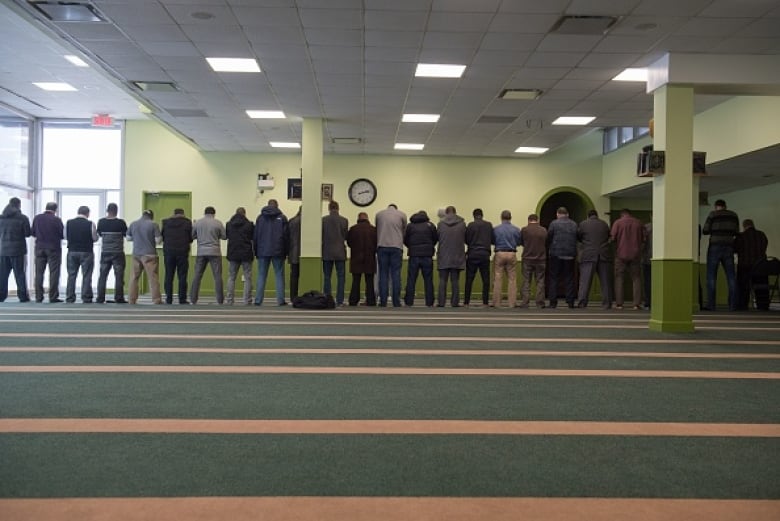 ‘Preserve the memory of our deceased’

Bissonnette changed his plea to guilty in March of last year, avoiding a lengthy trial for the six counts of first-degree murder and six counts of attempted murder against him.

One of the attempted murder charges covers the 35 people, including four children, who were present in the mosque but weren’t physically wounded.

Survivors’ testimony at Bissonnette’s sentencing hearing last April offered a glimpse into the trauma and fear with which many of them still live. Some witnesses described how their lives have been shattered, leaving them feeling vulnerable and anxious.

“There is this fear, this feeling of being threatened everywhere,” said Ahmed Cheddadi, one witness who spent a year confined to his home, concerned for the safety of his family.

The victims’ families pleaded with Huo​t to hand Bissonnette an exemplary sentence, “to forever preserve the memory of our deceased,” said Louiza Mohamed Said, Abdelkrim Hassane’s widow, who is now raising the couple’s three daughters on her own.

“The many projects we had planned were annihilated,” she told the judge in a moving impact statement last April. “He won’t be there to share in the joys and sorrows of his three daughters. He won’t be present at their graduations or weddings. My youngest will have no memory of her father, and that is so unfair.” 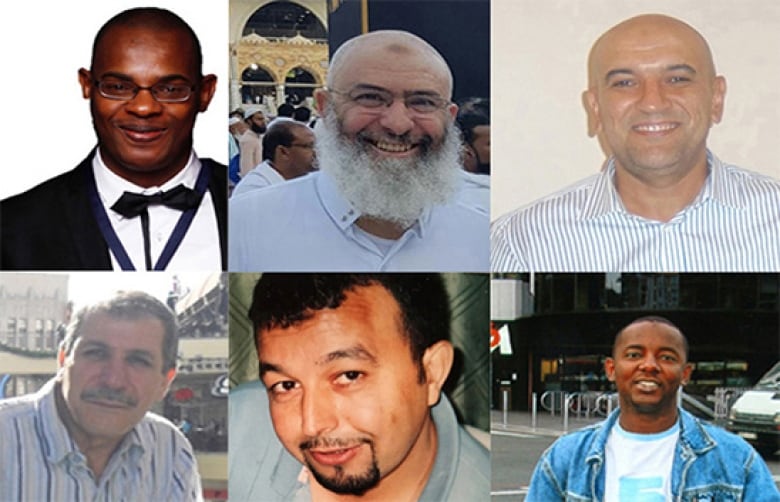 Records of Bissonnette’s web searches, gleaned from his computer and tabled as evidence at his sentencing hearing, showed the man, 27 at the time of the attack, had spent months looking into other mass murders, reading about U.S. immigration policies, Islam and assault weapons.

Bissonnette also told a psychologist he met after his arrest that he “regretted not shooting more people,” and that he had been obsessed with mass killers since adolescence.