A community vigil will be held in Toronto on Sunday evening in memory of the eight men killed by Bruce McArthur.

The “Vigil for a Grieving Community” comes after McArthur was sentenced Friday to life in prison for the killings, which took place between 2010 and 2017.

“Tonight’s vigil will really mark, I believe, the beginning of the healing process,” said Rev. Jeff Rock, senior pastor at the Metropolitan Community Church of Toronto, where the vigil is being held in the city’s Riverdale neighbourhood at 7 p.m.

Nine candles will be lit at the vigil: One for each of the victims, as well as a candle for the many others affected by McArthur’s crimes.

Rev. Deana Dudley, who gave a victim impact statement on behalf of LGBTQ community at last week’s sentencing hearing, will speak at the event. Dudley is an assistant pastor at the church. 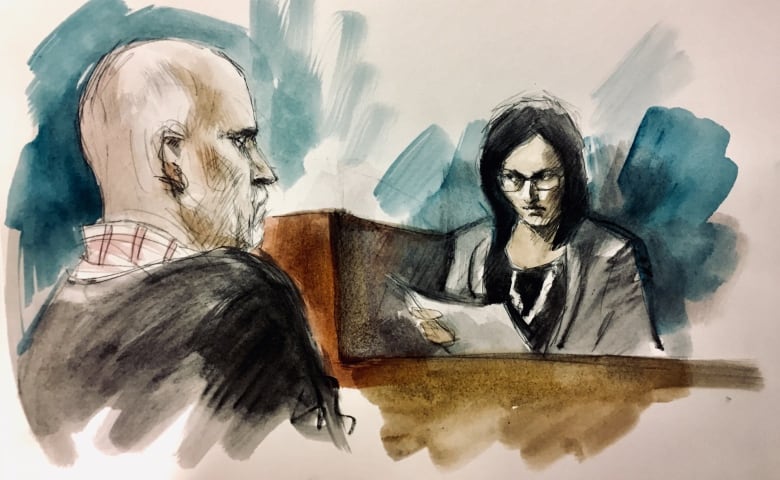 For members of Toronto’s LGBTQ community who found last week’s hearing difficult, Rock said it “feels like only now can we start to move forward. After these heinous crimes, it’s a feeling like our safety has been shattered.”

Sunday’s vigil will include Indigenous, Hindu and Muslim participation in recognition of the communities affected by McArthur’s murders, Rock said.

“We know that the perpetrator targeted people of South Asian and Middle Eastern decent, and that breaks our hearts,” he said.

Rock also said the city needs to do better to address racism and to ensure LGTBQ people are accepted in all communities. “This crime is a reminder that perhaps we aren’t as safe in our own city as we’d like,” he said.

“The commitment is to come together — people of different religious backgrounds, racial backgrounds, gender and gender identities, sexual backgrounds — and together commit to making our city safe, to speaking openly and honestly about sexuality so people don’t need to be closeted,” he said.

The Metropolitan Community Church of Toronto, which can accommodate up to 600 people, held its first vigil last year, after McArthur was first arrested.

Donations collected at Sunday’s vigil will be donated to the Alliance for South Asian AIDS Prevention.