For the first time since Madison Arseneault’s skull was impaled by a sawed-off golf club during gym class more than two years ago, the partially paralyzed teen has a bedroom she can actually access.

More than 70 companies and individuals in Windsor, Ont., rallied together and donated their time, money and supplies to renovate her family home and build an additional 800 square feet of accessible space.

“It breaks my heart,” said Madison’s mom, Shirley Arseneault, holding back tears. “Basically another house was built, and basically just to accommodate Madison so that she can live life again.” 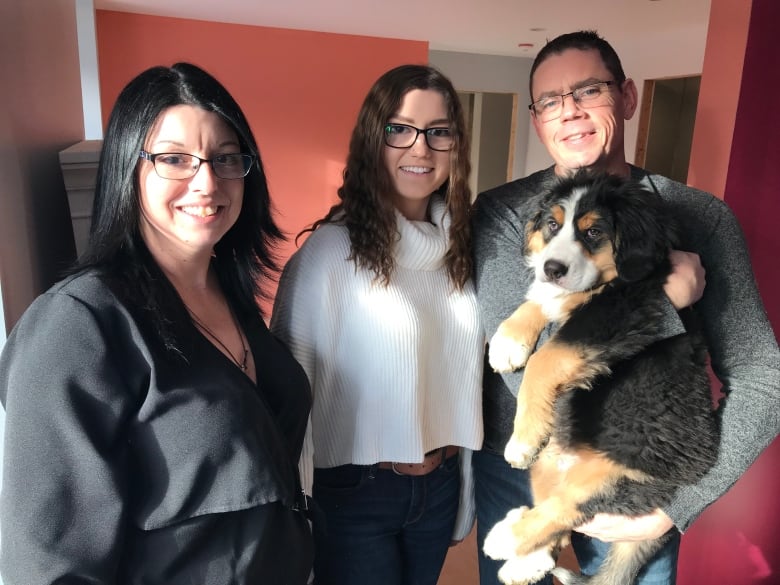 Madison Arseneault, centre, and her mother Shirley, left, and father Andrew, right, are eager to be able to use their newly renovated, fully accessible home once it’s finished in late February. (Jason Viau/CBC)

Since the 2016 accident, the family has been struggling with finances and would not have been able to do the renovations on their own.

The project — valued at more than $200,000 — came at no cost to the family because of community assistance.

Watch part of the emotional interview with Shirley and Madison Arseneault:

Shirley Arseneault describes how she copes with being a parent for her teenage daughter who continues to struggle with serious health issues. Madison Arseneault became impaled by a sawed-off golf club while running at a city park during gym class. 1:34

Madison’s life has dramatically changed ever since that spring day on May 25.

The accident happened during a gym class at the Ford Test Track, a city park adjacent to Madison’s grade school. The Grade 8 student was running on the track, decided to cut through on the grass, and tripped on some string city crews were using as a guide to paint lines on the soccer field. That string was held in place by sawed-off golf clubs staked in the ground, one of which came loose and punctured Madison’s skull.

Local philanthropist Jim Scott heard about what happened and called everyone he knew for help. Knowing the journey to recovery was going to be tough, they focused on making her family’s home accessible. More than 70 people came together and donated their time, money or supplies to retrofit her home.

“She’s living her life and she continues to want to be a normal student,” said Jake Heydon, a football player at Holy Names Catholic High School who played a role in the project.

Organizers had trouble finding someone to handle the demolition side of the renovation, so Heydon, his teammates and coaches made it happen.

“Especially someone who had such a horrific experience, when you can make that feeling go away a little bit and put a smile on their face, that’s what we really try to emphasize around here,” said coach Dan Hogan. 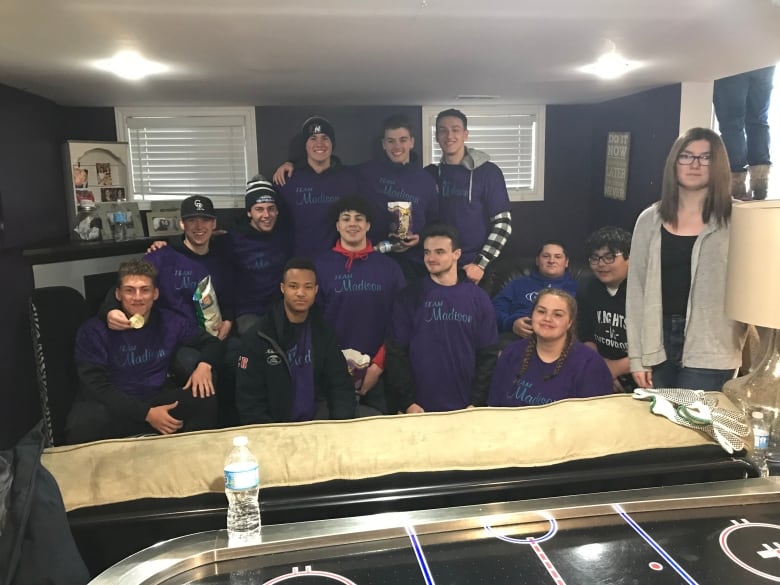 The Holy Names Catholic High School football team helped with the demolition during the renovation of the Arseneaults’ family home. (Arseneault family)

Partial paralysis is something Madison will likely have to live with for the rest of her life, according to her doctors. And at the end of each day, the teen says she often finds herself in pain because of unexplained circulation issues.

“It’s really exciting, I just can’t wait for it to be finished,” she said.

Madison also loves to bake and cook, so she helped design the new kitchen to ensure it’s functional for her needs. From pull-down shelves in the upper cabinets, to a blender that simply pulls out from under the counter, she’ll soon be ready to resume her small cake-making business from home.

The home also now has an attached garage that leads to a lift inside, so Madison no longer has to wheel around the house in the rain or snow to access the backyard. And in her bathroom, most things are on the right-hand side because of her vision impairment.

Have a look at the Arseneaults’ nearly finished home and why these renovations matter:

The community in Windsor came together to renovate Madison’s house so she’s able to live a functional life at home. 1:58

Almost every day of each week, the teen has some sort of therapy — from counselling to physiotherapy. Although she made some gains, defying doctors’ predictions and starting to walk again, recently she’s taken a few steps back.

“I’ve been getting more headaches; they’re getting worse and just different, but nobody knows why,” she said.

One day at school, her headache became so severe it caused uncontrollable vomiting, a lot of pain and landed her in the hospital. Arseneault describes it as “one of the worst pains I’ve ever felt.”

Once the renovations are fully complete, which is expected to be sometime later this month, the family is looking forward to having some sense of normalcy.

“You can see the excitement on her face,” said Shirley Arseneault. “It was like finally something was going to be hers.”