The Canadian Museum of History in Gatineau, Que., has been enriched by a donation of more than 900 works of Inuit sculpture, prints, drawings and other material.

The collection arrives from the estate of the late Margaret (Marmie) Perkins Hess, a prominent Calgary gallery owner, art historian, professor and business person. She had assembled the collection over decades of travel and research in Canada’s North.

“Marmie, as she was known to friends, was really a force of nature,” said Dean Oliver, senior director of research and chief curator at the museum.

“She was deeply immersed in western Alberta [and] Calgary culture, but also northern and western Indigenous culture for her entire adult life. [She] amassed an absolutely gob-smacking array of items … and kept absolutely meticulous collector records of all of these things,” said Oliver. She recorded the dates, times, places, cost, location of the purchase, and more. 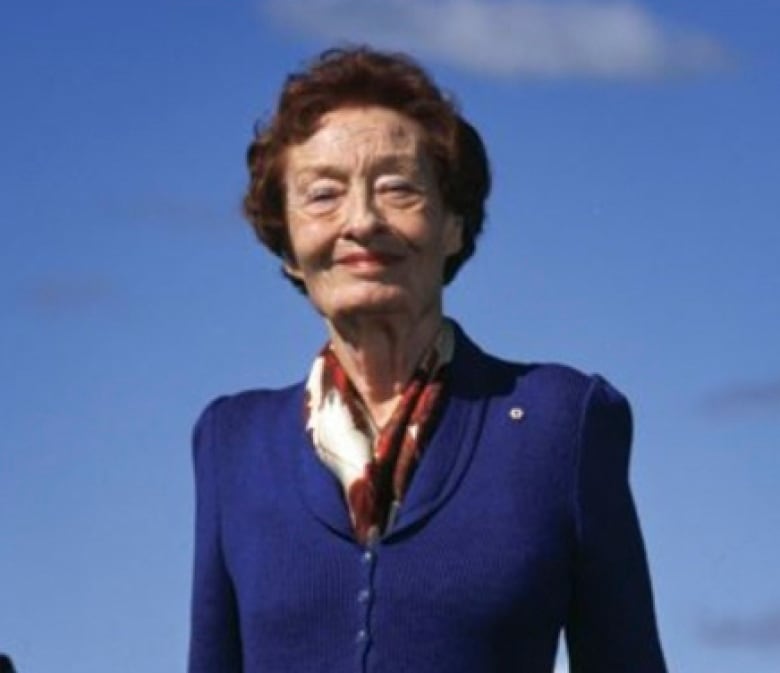 The late Margaret Perkins Hess was a lifelong collector of Inuit art. (University of Lethbridge/Alberta Order of Excellence)

The collection is dominated by more than 750 sculptures, but it also includes, according to a press release, “120 artworks on paper and 25 examples of historical material collected from approximately 30 northern communities.”

Those communities include Cape Dorset, Baker Lake, Inukjuak, Que., Naujaat, Taloyoak and Kugluktuk. The collection represents Inuit artists from the 1950s through to the 1980s.

Hess’s donation brings the Inuit art collection at the national museum to about 13,000 items, Oliver said.

In addition to the inherent beauty of the items in Hess’s collection, Oliver said there is another unique element to the collection.

“Most of the artists in the collection are female,” Oliver said. “Many of [Hess’s] relationships were with women artists and crafts persons. So it allows us to speak to the length and breadth of craft development and skill across northern Canada, but also … [to] the role of women in these industries and agencies and what they were doing in families and communities.” 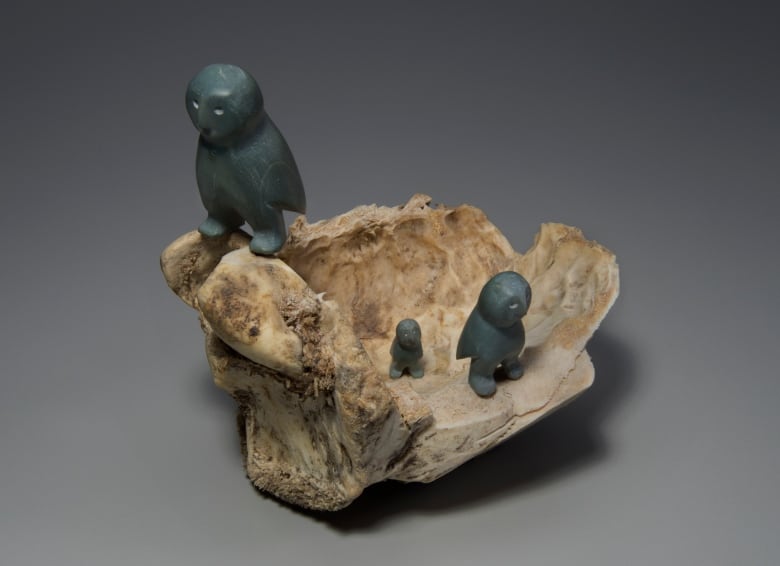 Among the next steps for the collection is for the extensive paper records to be reviewed, confirmed and digitized, a process Oliver said could take at least two years.

“Marrying up the paper record to the actual item and then making sure that’s searchable and integrated with our own databases … will take a while.”

In the meantime, plans for travelling exhibits are in the works, but Oliver said it’s too soon to say when elements of the new collection might make their way North.

In some cases, the collection extends the museum’s holdings for some of the smaller communities. For example, 140 items in the collection come from Taloyoak, which will be added to the 57 items from the community the museum already holds.

Oliver said the new collection will provide insight into artwork in smaller communities.

“Some things people know a lot about — like the [Cape] Dorset prints — but other communities we knew very little about what their production was.” 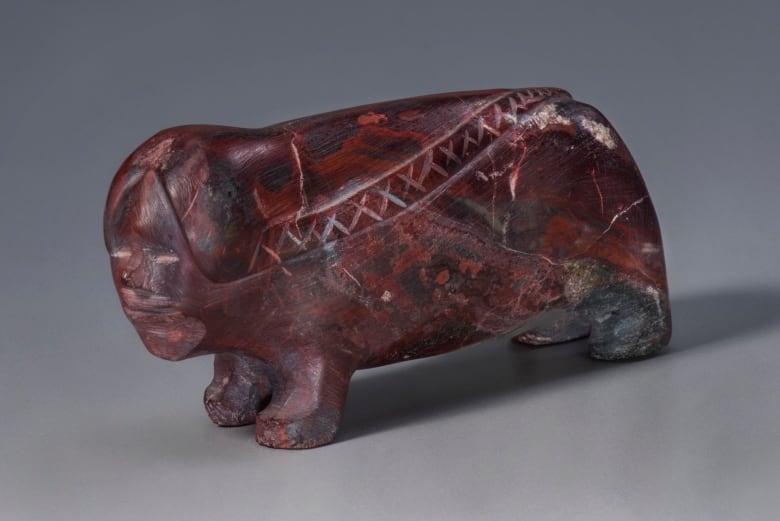 Hess was born in Calgary in 1916, but studied in Toronto during the 1930s where she struck up a friendship with members of the Group of Seven. Inspired by sprawling images of Canada’s natural beauty, Hess came to northern Canada where she became familiar with Inuit artists, often buying work directly from them.

Since then elements of her estate have been distributed according to her will. In 2018 the University of Lethbridge received a collection of art valued at more than $4 million from Hess’s estate. It was the largest donation the university had ever received at the time.

“She was 100 years old when passed away,” Oliver said. “Our sense is that she was actively collecting for around 75 years of that hundred and with the passion that was as undiminished on her last day as the first one.”