The Midget Football League of Manitoba announced this week it will drop “midget” from its name and undergo a rebranding for the 2020 season.

“At our season break, our league started the conversation that the term ‘midget’ that is so prominently placed in our league name was in need of a long overdue change,” MFLM president Maggie Yestrau said in a statement on Monday, citing the league’s desire to foster “an atmosphere of respect and inclusivity.”

The move comes about one week after Basketball Manitoba’s board of directors passed a motion to no longer use the term to describe an age division of play.

Both organizations were among 17 to send a representative to a recent meeting put on by Sports Manitoba and Little People of Manitoba president Samantha Rayburn-Trubyk.

Rayburn-Trubyk outlined the history of the term and why it’s so hurtful to those living with dwarfism. She explained why its continued use harms little people, regardless of what’s intended by its meaning in a sports context.

‘Butt of jokes for centuries’

The term itself has connections to the Vaudeville days and Barnum and Bailey “freak show” circus era.

“Little people were bought and sold and just really on display for entertainment — to be laughed at, to be made a mockery of, to be the joke,” she said.

But the exploitation of little people stretches back further, said Rayburn-Trubyk, to times when they were bought by royalty to make kings look larger, among other reasons.

If we blur the lines and allow this term to be acceptable, provided it is being used in an unintentionally offensive context, then we are sending a mixed message.– Samantha Rayburn-Trubyk

“Little people have been the butt of jokes for centuries,” she said. “It’s just such a hurtful term and unnecessary in this day and age.”

How the term is used varies slightly from sport to sport, though it typically describes players between the ages of 15 and 17 in hockey, football and baseball.

Rayburn-Trubyk and others have been pressing Manitoba sports leagues to discard the pejorative term for some time. After speaking with media about the issue last fall, she said she received a number of hateful online messages.

Other provinces are also having the conversation.

Ontario Basketball announced last fall it would do away with the term, so the added context from the meeting with Rayburn-Trubyk made it an easy decision for Basketball Manitoba.

“[It] was really an eye-opener,” said Adam Wedlake, executive director of Basketball Manitoba.

“It’s an outdated form of defining ages, and if we can make that step to make our sport and all sports more inclusive, to not use a derogatory term that defines an age for really no reason, it’s a good step forward.” 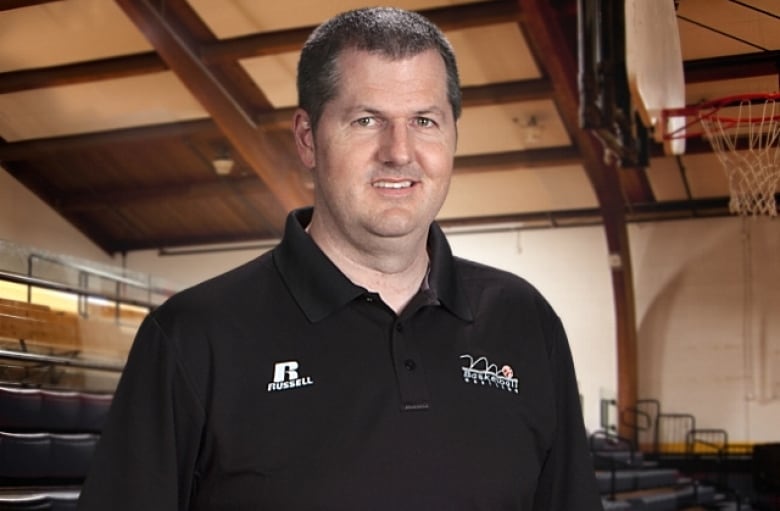 He said Basketball Manitoba has been phasing out the term over the past decade, opting instead to use the age of the traditional 15-year-old bracket to define competitions and leagues. A few basketball leagues in Manitoba still use the term, said Wedlake, but that will change moving forward.

Minor hockey could be next

“The more it’s brought up the more attitudes and societal changes will adjust to it,” he said.

He said the subject will be up for consideration at the Hockey Canada spring congress in May. If approved, all minor league branches Canada-wide would be expected to follow suit and reclassify the age grouping without the term, he said.

Woods feels like there’s a good chance the term will get nixed before the beginning of the next hockey season.

“I know in the case of hockey, the terms that we use, like a lot of English words, have a double meaning, and I don’t think they were there ever intended to be offensive to anyone. And for people that participate in the game, they certainly don’t see them that way,” he said.

“But we also certainly recognize that it might be offensive to some and that’s why I think groups are willing to make that change.”

Rayburn-Trubyk knows the term isn’t used by most in the sports context in a malicious way, but she nonetheless believes it needs to go.

“If we blur the lines and allow this term to be acceptable, provided it is being used in an unintentionally offensive context, then we are sending a mixed message,” she said.

“Our position is to remove the ambiguity from the situation all together, and by simply choosing a new word (or number) to classify this particular age group in amateur sports we will be taking a major step toward eradicating this term and any mixed messaging along with it.”