More than 3,600 athletes, managers and coaches, 5,500 volunteers and more than 20,000 visitors are descending on Red Deer for the 18-day Canada Winter Games.

With 19 sports, from hockey and speed skating to table tennis and wheelchair basketball, the Games open Friday evening in the central Alberta city.

“It’s the largest event in Alberta since the 1988 Olympic,” Games CEO Scott Robinson said Friday. “So we’re pretty darn excited, to be honest.”

Opening ceremonies kick off the sports event Friday at 6:30 p.m. MT (8:30 p.m. ET) and will be live streamed online at canadagames.live. A full schedule of events is available on the site, as well, along with details for free concerts as part of a simultaneous arts and culture festival. 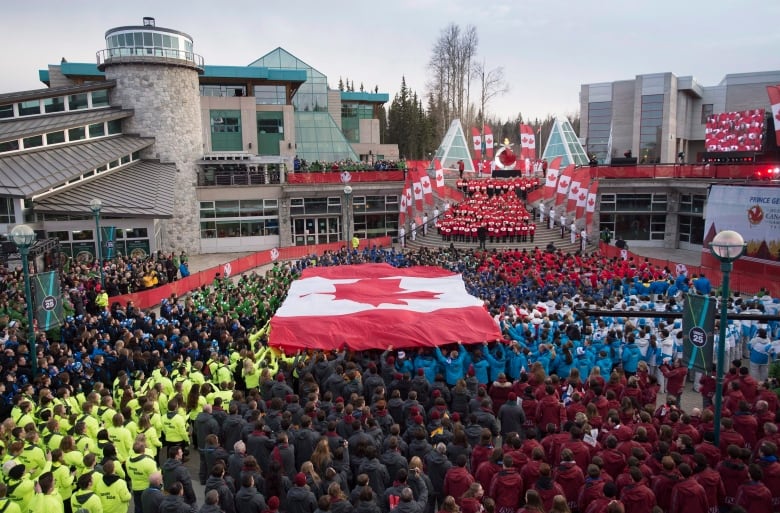 Athletes from every province and territory in Canada are seen during the closing ceremonies at the 2015 Canada Winter Games in Prince George, B.C. The 2019 Games are being held in Red Deer. (Jonathan Hayward/The Canadian Press)

Most of the events will be held in Red Deer. Others, including freestyle skiing and snowboarding, will be held at Canada Olympic Park in Calgary, and alpine skiing will be hosted by Nakiska Ski Resort in Kananaskis Country.

The forecast for Red Deer shows temperatures will improve from –19 C on Friday to a comfortable –5 C by Tuesday.

No outdoor events are expected to be cancelled due to cold weather, Robinson said, although a Calgary venue is on standby as a backup for speed skating. In Red Deer, a new speed skating oval was built at Great Chief Park.

“The community is abuzz, and really, this is our Olympics. The size of Red Deer, you couldn’t really host an event much bigger than this,” Robinson said. “So it really kind of shows you that it’s going to be an exciting time.”

Several events will be held indoors and off the ice, including judo, boxing, table tennis and wheelchair basketball.

Young athletes from across Canada have sharpened their skates and packed their bags for what could be the biggest sporting event of their careers.

The Games mark the pinnacle for the careers of many young athletes. For others, it’s a teaser of what’s to come.

“These are the best athletes in the country in their age groups in the various sports,” Robinson said. “They’re not names yet, but they will be.” 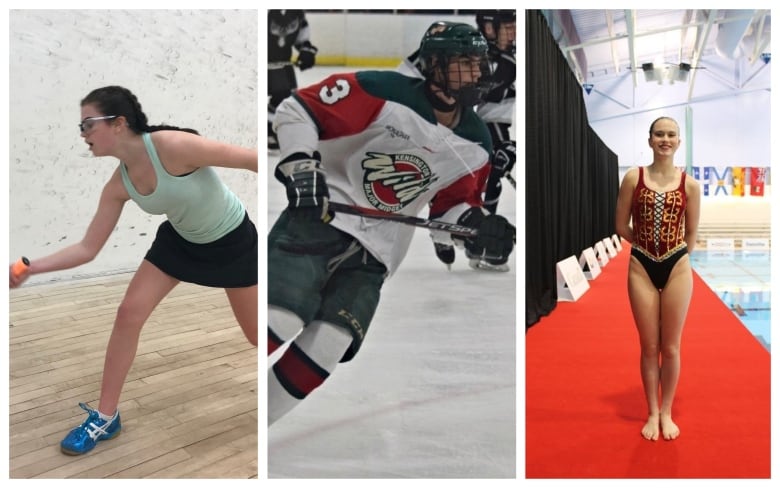 For others, the Games are a family legacy. P.E.I. is sending four first cousins to compete in Red Deer. In total, the McQuaid family has sent 12 first cousins to Games, what the province calls a “highly likely” provincial record.

A first for Nunavut

“It’s an amazing experience itself just to get to go,” said Martin Joy, the team’s coach. “But the fact that we’re the first team and it all came together so perfectly for these guys to come … it comes along once in your lifetime. It’s a great honour.” 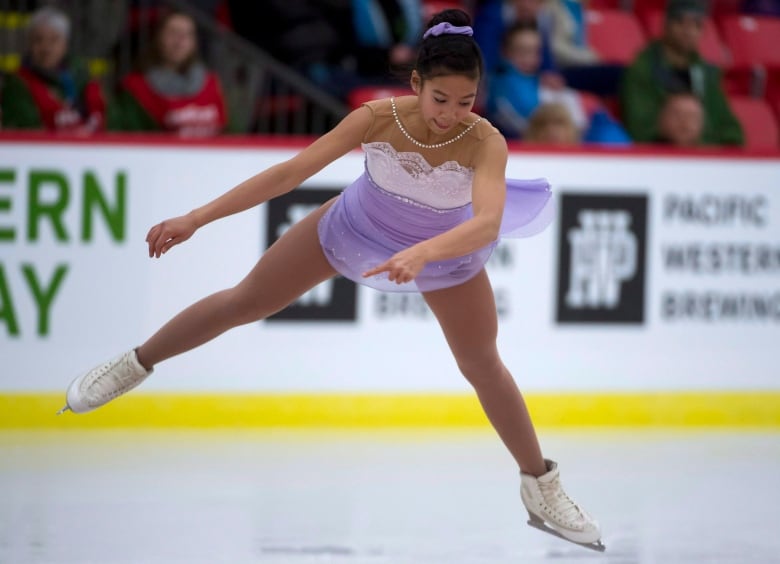 Alanna Liu of Saskatchewan skates at the 2015 Canada Winter Games in Prince George, B.C. Figure skating and other ice sports are expected to draw lots of spectators in the 2019 Games in Alberta. (Jonathan Hayward/The Canadian Press)

Just being involved in sport has opened many doors for young athletes, like wheelchair basketball player Eric Voss from London, Ont., who said that’s how he learned to drive.

“When I was a young kid, I didn’t know much about living, and getting into the sport has just opened my eyes,” he said. “Just meeting all the Paralympians and stuff that I can do in the future is just amazing.”

His Ontario teammate, Ryli Valliere, will compete in archery with the bow she named “Deadpool.” The 17-year-old has come a long way from her start in the sport, when she made her own arrows from sticks. 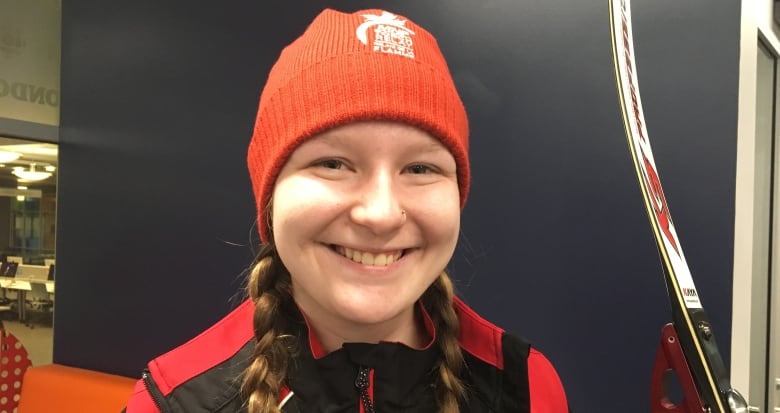 Archer Ryli Valliere is heading to Red Deer to compete in the Canada Winter Games. Her mom gave her archery lessons after she tried to make her own arrows with sticks. (Julianne Hazlewood)

The Games, which run until March 3, are expected to offer a much-welcomed economic boost for the city, which has already booked the Canadian Collegiate Men’s Volleyball National Championships in its new, $88-million Gary W. Harris Canada Games Centre.

Along with the many sports featured at this year’s Games, guests can take in a series of free concerts, such as a show with Great Big Sea’s Alan Doyle and fiddler Ashley MacIsaac, Brett Kissel with Frannie Klein, Trooper and Kim Mitchell, K-os and Bif Naked, and a performance by the Red Deer Symphony Orchestra, among others.

Alberta has hosted the Games in Lethbridge in 1975 and Grande Prairie in 1995.

Amber Alerts work. So why are people complaining about them?