City council in Brampton, Ont., will hold a vigil on Tuesday night for 11-year-old Riya Rajkumar, whose body was found at a home last Thursday following an Amber Alert. Her father has been charged with first-degree murder.

“Our community is grieving the tragic death of Riya Rajkumar, and this is a time to come together in solidarity, and remember and honour a young life,” a statement from the council reads.

The vigil will be held at Garden Square in downtown Brampton from 5:45 to 7 p.m. ET, and all members of the public are welcome, the statement says.

The girl’s father was arrested at about midnight on Thursday, around the same time officers discovered her body in a basement apartment, one hour after she became the subject of an Amber Alert.

Provincial police found him driving north on Highway 11 near Orillia, about 130 kilometres north of Brampton, in a silver Honda Civic.

Police were initially called by the girl’s mother after her father failed to return her home from her birthday celebrations on Thursday evening.

Coun. Rowena Santos, who represents Wards 1 and 5, says Riya’s death has had a huge impact.

“It’s been incredibly heartbreaking as a mom myself and for many of the parents and families here in the city,” Santos told CBC Toronto.

“It’s been incredibly tragic to hear the news of Riya being murdered in Brampton on her birthday. I can’t imagine what it must be like for her mom, her family and her friends who knew her so well.” 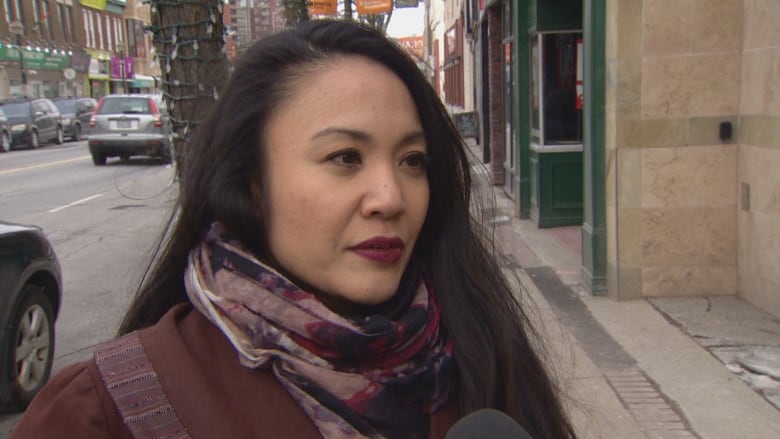 ‘It’s been incredibly heartbreaking as a mom myself and for many of the parents and families here in the city,” Brampton Coun. Rowena Santos of Wards 1 and 5 says of Riya’s death. (CBC)

Santos said she broke down crying on the phone while speaking with the chief of police for Peel Region about Riya’s death.

Speaking with reporters at the launch of Winter Stations on Monday, Toronto Mayor John Tory said the entire city of Toronto joins the family in grieving the loss and the unspeakable circumstances in which Riya died.

“I just hope that Family Day reminds us all that no matter how difficult things become in households, you have to keep working at trying to keep the family together; trying to make sure that people who seem to go over the edge in terms of their emotional state are given attention and given support,” Tory said.

“[I hope] that we make sure that this little girl’s life is not lost in vain in terms of us all redoubling our efforts to make sure justice is achieved in this case, but also to make sure we take these kinds of things seriously.”