A Steinbach, Man., business owner has successfully located the families of two soldiers connected to a 102-year-old letter found in a pile of papers.

Last week, Amanda Kehler, of Prairie Pickers Cafe, stumbled across the letter in a box of old papers she’d bought for a dollar. She got the box from a local man who buys and sells items from estates.

The letter was written in May of 1917 by Earl Sorel, a 20-year-old soldier from Selkirk, Man. Sorel was recovering in hospital after being wounded at the battle of Vimy Ridge.

In the letter, Sorel explains to a Selkirk woman how her brother, Gordon Rochford, had saved his life before dying in the battle.

The story of the letter, and the two friends’ poignant wartime experience, captured lots of attention.

“Goodness, probably over 200 people have either called my business or emailed me or messaged me on Facebook,” Kehler said. “The last few days have been unbelievably overwhelming.”

Through a mixture of publicity, social media tips, interested historians and help from the Canadian military, Kehler said descendants of both men — four in total — have been found. She said the grandniece of Rochford contacted her shortly after a CBC interview.

“I was getting a number of people calling claiming to be descendents, and they couldn’t actually validate that,” Kehler said. “But these folks were a little bit different. They knew specific details, they had pictures, they were very friendly and understanding.

“Honestly it was a fantastic experience to get to know these people a little bit.”

Kehler also spoke by phone with the grandniece of Sorel, who has two grandnephews as well. She said all of the relatives would like to remain anonymous for now.

“They were very excited to hear that their family member was being honoured this way,” she said. “They were thankful, and grateful, and it was a really great experience. I feel very close to these families now because I spent so much time researching them. ”

She said everyone agrees the letter should go to a museum, because both families have claim to it.

The hope is to get the letter displayed at the visitor education centre of the Canadian National Vimy Memorial in France and Kehler has already been in contact with someone from the Canadian military about making it happen. 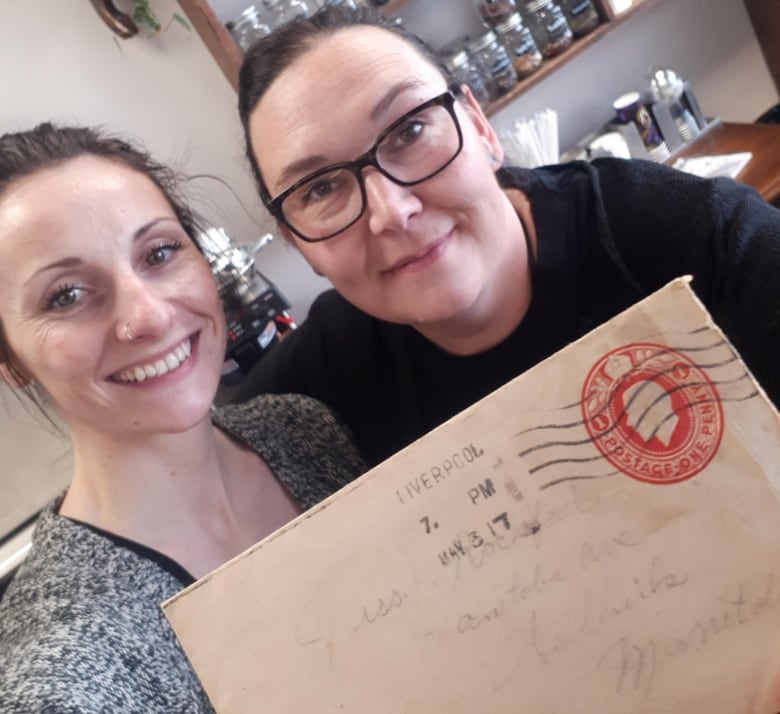 Prairie Pickers Cafe owner Kehler, right, and employee Felicia Wall with the letter, which was sent from a military hospital in May 1917. (Submitted by Amanda Kehler)

She believes the letter should also be shared publicly, because of the interest and tips she received while searching for the soldiers’ families.

“Because of the story … it’s young men who went to war, and they were friends,” she said. “They lived only a few minutes apart … signed up for the military on the same day.

“The letter basically outlines the fact that Gordon saved Earl’s life, and then unfortunately passed away.”

Rochford’s military records show he enlisted on Aug. 2, 1915 and embarked for France a year later.

Kehler has learned that Sorel came back from the war and moved to Winnipeg with his mother. He married in 1935 but had no children. He died in October 1969.

Kehler said she is touched by the thoughtful comments and notes she received from strangers about the story.

“It’s been a little bit emotional for me,” she said. “I find myself very attached to this letter and these families. It’s been a really good experience though.” 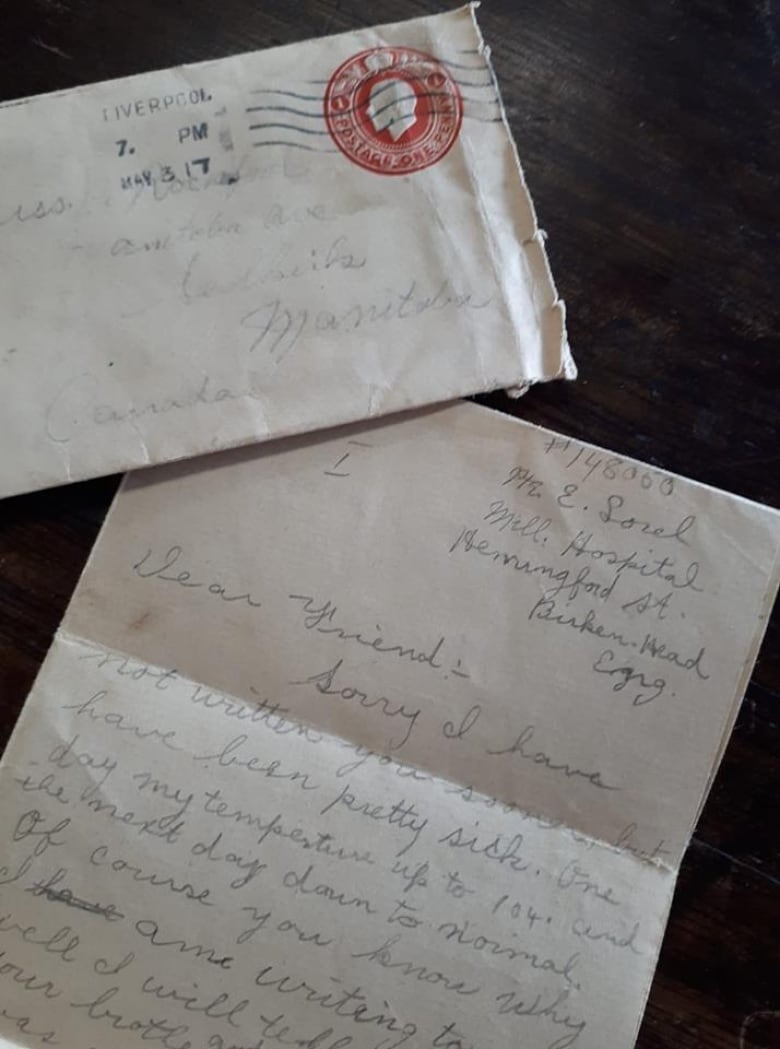