On the afternoon Andrea Mendez was supposed to fly to Colombia with her family, she went to a police station to file a complaint about her travel agent instead.

“I was really devastated,” Mendez said in a phone interview. “It was a huge investment for us.”

The mother of three, who lives in Mississauga, Ont., had bought plane tickets from travel agent Libia Guerra for six of her family members to visit relatives in Colombia over the Christmas holidays.

The Travel Industry Council of Ontario (TICO) warned people on Dec. 21 that Guerra and her company, Representaciones Neward, were not registered to do business in Ontario.

“We heard from a number of consumers that had purchased services and did not receive those services,” Dorian Werda, a vice-president for TICO, said in a phone interview. 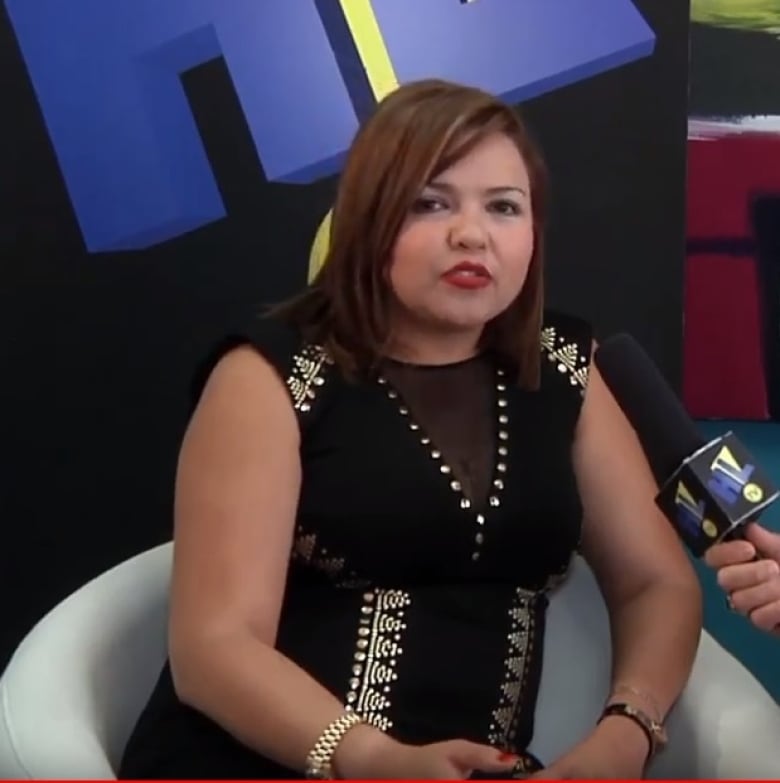 She said among those complainants were people who had booked trips for large groups planning to travel over the Christmas holidays.

In Mendez’s case, she said everything seemed fine at first, with the flight information sent by email after she booked the trip in May 2018.

But in the following months, when she made followup requests, like reserving seats so her family would be seated together, she started to worry.

Finally, a day before her Christmas vacation flights were scheduled to leave, she spoke to Guerra on the phone.

Mendez said she double checked with Air Canada, which told her she had no seats on the flights.

The airline’s information showed tickets had been purchased in May 2018, but were cancelled weeks later. 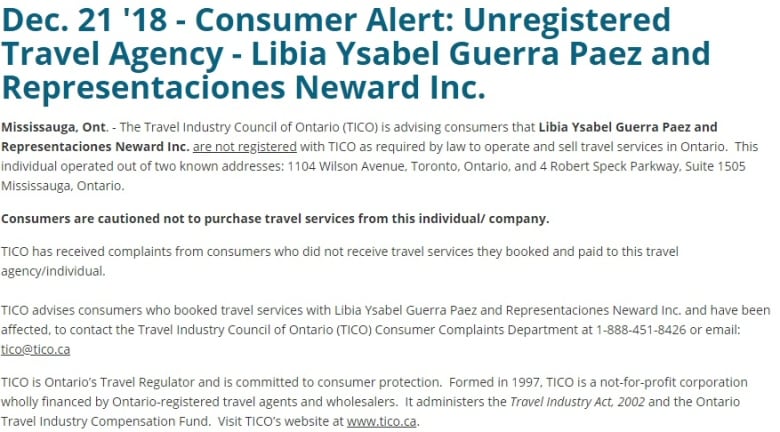 TICO, Ontario’s travel regulator, sent out this alert about Guerra on Dec. 21. (www.tico.ca)

Peel Regional Police said its fraud unit is investigating Guerra after it first received complaints in November 2018, with more the following month.

For people who may be worried about their travel agent, TICO directs them to its website to verify whether a travel company is registered. A search feature allows people to look up a company using its name, address or phone number.

Guerra agreed to an interview with CBC News to explain her side of the story, but cancelled citing medical concerns.

Alleged victims are sharing their stories

Mendez posted about her experience on Facebook and then heard from others, all members of the Latin American community who had similar experiences.

She’s now part of a message group with other alleged victims.

CBC News has seen photos of a cheque posted by one of them. It’s from Guerra, and in the subject line reads “Refund Punta Cana.”

However, the photo shows the cheque bounced due to insufficient funds. 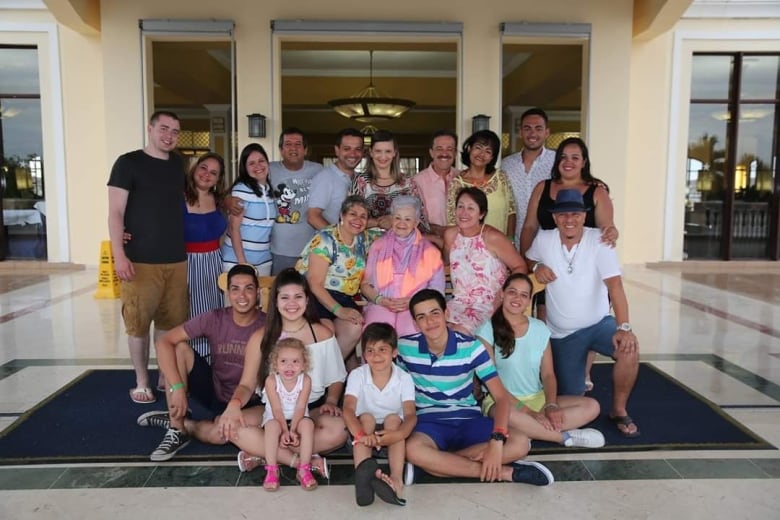 Mendez and her large extended family, pictured here in Colombia over the Christmas holidays. She says the flights she had to rebook cost $12,000 for six people. (Submitted by Andrea Mendez)

Mendez said she and her family managed to travel to Colombia over Christmas, buying last-minute flights elsewhere that cost $12,000 for six tickets, on top of the nearly $5,000 they had already paid Guerra.

She’s doubtful she’ll ever get her money back, but worries about her personal information, since she sent passport numbers for her and her family to Guerra.

Mendez is also frustrated as she first heard about Guerra through a friend in the Latin American community.