About half of Canada’s inmates were abused as children, suggests a new study out of McMaster University.

Medical student Claire Bodkin led a team that studied data from 30 years of research into Canadian inmates. Their work was published in the March issue of the American Journal of Public Health (AJPH).

The researchers found 65 per cent of female inmates experienced abuse in general, and half of them were sexually abused.

Bodkin said only one study in the data evaluated reported the prevalence of abuse among men. The researchers found abuse rates involving male inmates were at 35.5 per cent, with 21.9 per cent of them having experienced sexual abuse.

If we had more resources at the preventative level, before people got in conflict with the law, that would be really amazing.– Ruth Greenspan, John Howard Society

The team did a statistical analysis of the results to reach the conclusion that half of inmates had been abused, Bodkin said.

These are the other researchers involved in the work, which included going over 34 studies from territorial, federal and provincial prisons and jails: 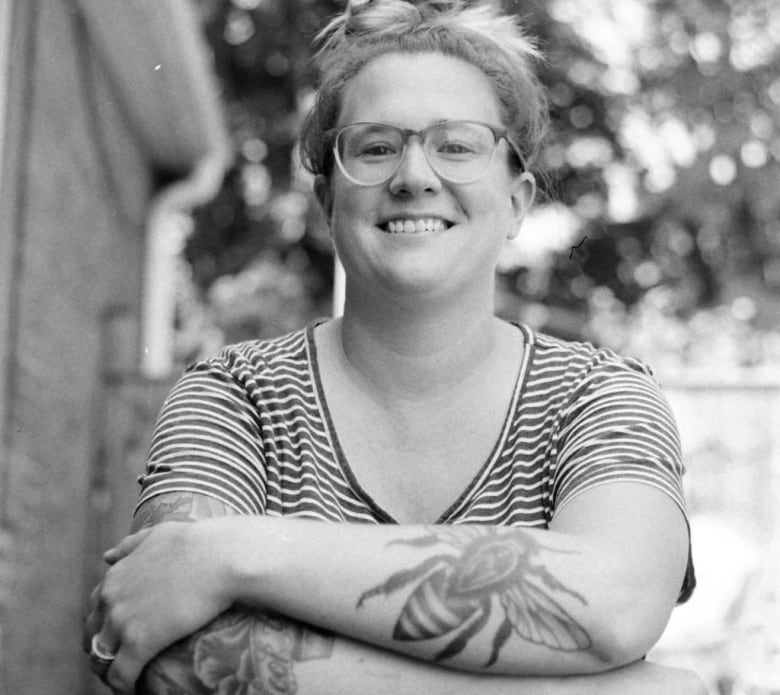 Claire Bodkin, lead author of the article in the March issue of the American Journal of Public Health, says one purpose of the research is to help determine: ‘How do we prevent childhood abuse from happening in the first place?’ (Sara Alavian)

Bodkin said understanding people who have been incarcerated — including reoffenders — will go a long way in helping prevent crime.

Prisons need to take trauma into account in how they deal with inmates, Bodkin said.

“Regardless of where you stand politically, I think everyone can agree that prison is not a healthy place for people, and that it’s a symptom of multiple other things that have gone wrong.”

So “how do we need to think about the impact of childhood trauma? How do we prevent childhood abuse from happening in the first place?”

The findings aren’t surprising to Ruth Greenspan, executive director of the John Howard Society of Hamilton, Burlington and area in Ontario.

“Many resort to their own abuse of themselves,” she said. “There’s a lot of addiction, self-mutilation, self-harm, and suicide, which again, are all indications of having suffered a lot of trauma. PTSD is something you see when you work with this population.”

There have been some great programs over the years to address trauma among people who commit crimes, she said. But the funding comes and goes.

On the whole, there aren’t enough free resources for individuals — before, during or after prison, said Greenspan.

Prevention ‘would just save so much money’

“If we had more resources at the preventative level, before people got in conflict with the law, that would be really amazing,” she said.

“If we prevented it, we would just save so much money in the criminal justice system. And I don’t think we’re there yet.”

For her part, Bodkin has done some clinical training with men during and after prison. Some have “really expansive trauma histories,” including severe abuse as children, she said.

“We suspected it was high, but there wasn’t good research out there that led to a national perspective in Canada.”

As for what constitutes abuse, Bodkin and her team used a World Health Organization definition, which means attendance at a residential school wasn’t considered, although that research would be useful too, Bodkin said.

At any given time, 41,000 people are incarcerated in Canada, and a disproportionate number are Indigenous.