Prospective semi drivers are rushing to get a Class 1 licence before Saskatchewan’s new mandatory training program comes into effect.

“We are receiving a lot of calls every day, almost 10 to 12 calls every day and most of them are farmers and immigrants,” said Regina driving instructor Rana Hameed.

“They want to get their licence as soon as possible.”

The province announced its plan for mandatory training on Dec. 3, 2018, after facing months of criticism in the wake of the Humboldt Broncos bus crash.

However, the province denied the crash prompted the mandatory training program and said work on it began in 2017.

That’s compared to 509 people who took the same test during the same time period, plus a day, the year prior.

Time and money a driving factor

Hameed is still running one- and two-week programs at Skyways Truck Driving School as March 15 approaches.

“The cost is one factor, the second factor is the time, so time is also money and it’s not easy for the people to afford this much time,” Hameed said. 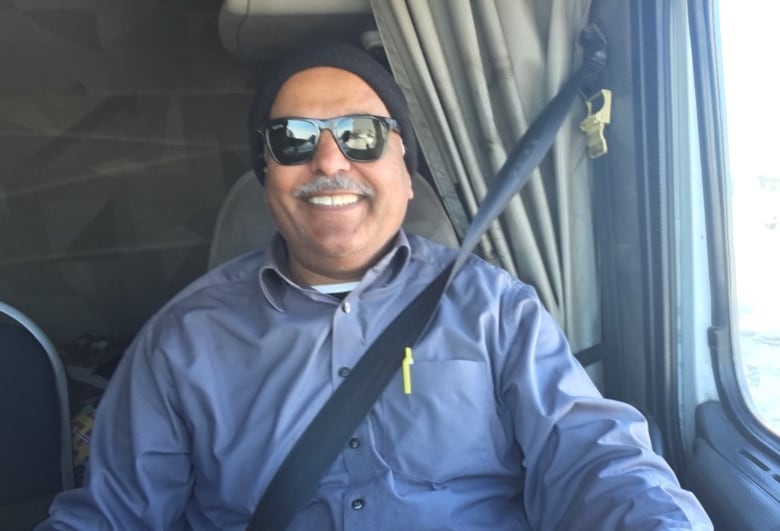 Rana Hameed owns Skyways Driving School in Regina. Hameed said he gets about ten calls a day from people wanting to take training before the new rules come into effect. (Bonnie Allen/CBC)

“I cannot afford to pay more than what it is now. That’s why we’re here,” said Abdullah Hirsi, who is taking a one-week course at Skyways Driving School.

Hirsi was on the hunt for job security when he decided to pursue trucking. He spent time working seasonal labour jobs and has faced layoffs. He’s optimistic about his future in the trucking industry, if he can get his licence.

“In North America, it’s easy to find a job if you have a Class 1. It’s commercial, you can go everywhere.”

Mahdi Mohamed, 45, faced the same challenges with employment.  Mohamed said he’s trying for his test now because he won’t be able to pay for the province’s mandatory entry level training and he wants to find financial stability.

“I want to make money to pay my bills and I have family here, that’s why I do it.”

Hameed acknowledged the barriers the new training program will pose to hopeful drivers, but he also spoke about its benefits. There has never been a training requirement for semi drivers, although SGI says around 90 per cent of drivers took some form of basic training

“A one week program is not enough,” he said. Hameed lacks confidence in the drivers who hit the road with such basic training.

Hameed said there were also gaps on the exam itself, noting manoeuvres like the three-point turns were absent on the road test.

It’s been hard for Skyways Driving School to keep up with demand because of limited staff, but it’s also been tough for students trying to get a test.

Saskatchewan’s entry level training will be required for all aspiring Class 1 drivers who apply for a test after March 15. (David S. Knee/CBC)

SGI informed Class 1 trainers on Feb. 19 they would be offering testing extensions for people who attempt to book a test before March 15, because it was unable to meet the demand.

There were no exam spots available prior to March 15 in any Saskatchewan city except Humboldt, which had just two remaining on Wednesday.

“Some people might call it a loophole. I’d rather call it being fair and practical with respect to meeting the needs of our customers,” SGI vice-president Kwei Quaye said of the accommodation.

He said the Crown anticipated people would rush for a commercial licence before the new rules kick in, and hired additional examiners, but its measures still weren’t enough to meet the demand.

Drivers who are granted the extension will only be given two chances to pass their exam before they are required to take the mandatory training.

Quaye acknowledged the prospective drivers who take the test prior to March 15 won’t be equipped with the skills taught in the mandatory training.

However, he said SGI is monitoring all those who obtained a Class 1 licence after the announcement in December for a 12-month period.

Quaye admitted this approach is reactive, but suggested it would still help flag bad drivers early on.