Toronto police knew Bruce McArthur “had a link” to three of the eight men he pleaded guilty to murdering after interviewing the serial killer in late 2013, according to a newly unsealed judicial order.

The Project Houston taskforce was launched in November 2012 to probe the disappearances of Skandaraj Navaratnam, Abdulbasir Faizi and Majeed Kayhan, all of whom were connected to Toronto’s Gay Village.

About a year into that investigation, police discovered McArthur was connected to all three of those missing men.

The information raises questions about how police handled the investigation into missing men who turned out to be McArthur’s victims. In the wake of 67-year-old’s arrest, some in Toronto’s LGBT community suggested that police failed to take sufficient action to find the men.

In September 2013, investigators discovered a common link between Navaratnam and Faizi when they found “silverfox51” in both Navaratnam’s deleted email contacts and Faizi’s notebook, according to the unsealed order.

The cell phone number attached to Navaratnam’s deleted email contacts was then traced back to McArthur through a contact card in a police database from when McArthur was caught driving without a valid insurance card in 2005.

That’s what led police to interview McArthur on Nov. 11, 2013. As CBC News has previously reported, McArthur was considered a witness at the time of the interview. 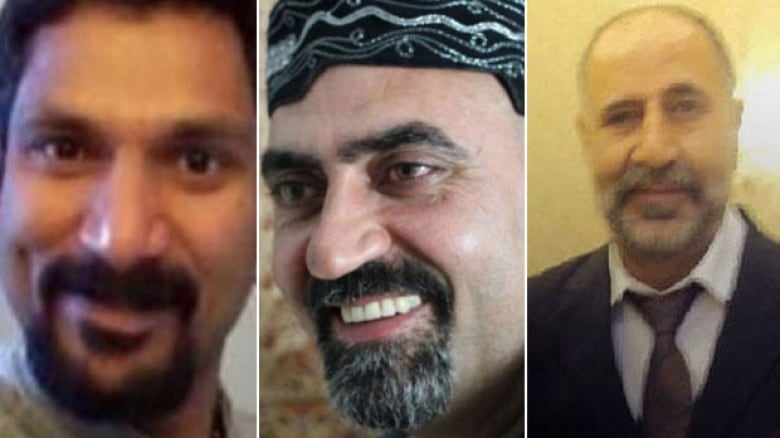 Project Houston was launched in November 2012 to probe the disappearances of Skandaraj Navaratnam, Abdulbasir Faizi and Majeed Kayhan, all of whom were connected to Toronto’s Gay Village.

In the interview, the serial killer confirmed that his email address was “silverfox51@hotmail.com.” McArthur also admitted to having had a sexual relationship with Kayhan and to knowing Navaratnam, information that came out at McArthur’s sentencing hearing earlier this month.

Going into the interview with McArthur, investigators knew that Faizi had “silverfox51” written in his notebook, but when shown photographs of all three men McArthur told police he did not recognize Faizi.

McArthur still had criminal record in 2013

At the time of the interview, McArthur’s 2003 assault conviction would have still appeared on his criminal record, as it wasn’t expunged until June 2014.

It’s unclear if Project Houston investigators ever did a criminal record check on McArthur at the time of the 2013 interview. If they had, police would have found out that McArthur had assaulted a man with a metal pipe in the victim’s home in the Toronto’s Gay Village.

Project Houston was shut down in April 2014 because investigators said they couldn’t find any criminal evidence.

It would be another four years before a second police taskforce, Project Prism honed in on McArthur again in the wake of victim Andrew Kinsman’s disappearance.

McArthur was sentenced to life in prison with no chance of parole for 25 years, after pleading guilty to eight counts of first-degree murder last month.

​CBC Toronto and other media outlets have been in court for nearly a year fighting to unseal information in more than 88 heavily-redacted judicial orders obtained by investigators in Project Houston and Project Prism.

The Crown and McArthur’s lawyer had previously argued that the majority of the information in the orders should stay under seal so it wouldn’t infringe on McArthur’s right to a fair trial.

But the serial killer’s guilty plea has made fair trial rights a non-issue. There will be no trial.

Justice Cathy Mocha unsealed the majority of one of the most fulsome judicial orders from Project Prism on Wednesday.

It’s from about a week after McArthur was arrested. Investigators were applying for an assistance order, so that forensic anthropologists could examine the Mallory Crescent home where McArthur stored his landscaping equipment.

Police had already discovered human remains in planters on the property and were looking for the help of forensic anthropologists to “investigate and excavate” any other found human remains.

To get the assistance order, police had to lay out details from their entire investigation up until that point. The document is more than 200 pages long.