Government and cyber security officials are insisting that Canada already has restrictions in place to protect sensitive information after a top Trump official warned that the U.S. won’t share information with countries that use Huawei in their systems.

During an interview with Fox Business Network Thursday morning, U.S. Secretary of State Mike Pompeo warned that, for security reasons, his country would not partner with or share information with countries that adopt Huawei Technologies Co. Ltd. systems in their critical infrastructure.

Responding to a question about working with its European allies and the Five Eyes intelligence-sharing group — of which Canada is a member — Pompeo said the U.S. is “not going to put American information at risk.”

“Over the past months, we’ve been out around the world just making sure everybody had the same information, that countries understand the risk of putting this Huawei technology into their IT systems.”

The United States has argued that Huawei could be compelled by the Chinese government to use back doors in its technology to spy on its users. The U.S., Australia and New Zealand, all Five Eyes members, have banned Huawei technology from their in-development 5G networks — high-speed mobile communications networks designed to support the next generation of wireless devices. The United States has been lobbying Five Eyes partners and telecommunications firms in allied countries to shun Huawei equipment.

CSE has had a security review program since 2013. Its job is to block cybersecurity threats to Canada’s existing 3G and 4G networks and protect technology and networks dealing with “health, safety, security, or economic well-being of Canadians and the effective functioning of government.”

CSE has excluded Huawei from what the intelligence agency’s website calls “sensitive areas of Canadian networks” and tests suppliers’ equipment in third-party laboratories.

“While we cannot comment on specific companies, the government is committed to ensuring that our networks are kept safe for Canadians,” he said.

“We have discussed issues about supply chain security with respect to a whole range of technologies in the context of the Five Eyes and the G7. We’re careful to ensure that input is taken into account.”

However, neither the government nor the CSE would address what Pompeo’s comments mean for emerging 5G technologies.

The Trudeau government is studying the security implications of allowing Huawei to help develop the next generation of mobile infrastructure in Canada, which promises to be 10 to 20 times faster than current wireless connections and is designed to serve medical devices, self-driving cars and other connected technology.

There is no word yet on when that review will be done.

Despite the headline-making comments from Pompeo, Transport Minister Marc Garneau, who chairs the cabinet committee on Canada-U.S. relations, said he sees no need to rush that review.

“There’s no reason to panic here,” he said Thursday from Washington. “You don’t hurry up something that needs to be done in the proper manner.” 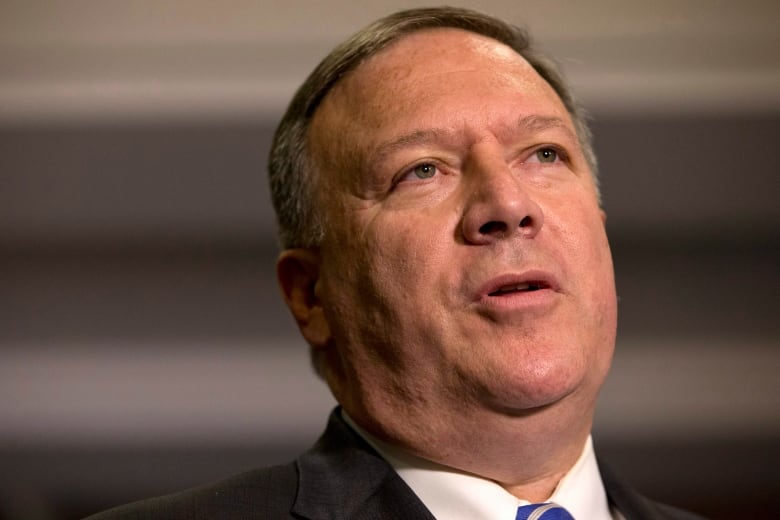 Meanwhile, U.S. President Donald Trump managed to confuse the issue Thursday by sending a series of tweets that appeared to take a softer stance on Huawei than Pompeo did, while calling on the U.S. to acquire “6G” technology — which doesn’t exist.

“I want the United States to win through competition, not by blocking out currently more advanced technologies,” Trump wrote.

I want 5G, and even 6G, technology in the United States as soon as possible. It is far more powerful, faster, and smarter than the current standard. American companies must step up their efforts, or get left behind. There is no reason that we should be lagging behind on………

….something that is so obviously the future. I want the United States to win through competition, not by blocking out currently more advanced technologies. We must always be the leader in everything we do, especially when it comes to the very exciting world of technology!

Huawei is also battling British security concerns about its equipment.

On Thursday, a senior Huawei executive said the company will present a plan to address those concerns.

Earlier this week, National Cyber Security Centre CEO Ciaran Martin (head of the U.K. equivalent of the CSE) told a crowd in Brussels that he’s looking for “clear evidence” of security threats while calling for “sustainable diversity” in the telecommunications equipment supplier market.

“We will monitor and report on progress and we will not declare the problems are on the path to being solved unless and until there is clear evidence that this is the case,” he said.

“We will not compromise on the improvements we need to see from Huawei.”